Look to the Sun for Your Electricity 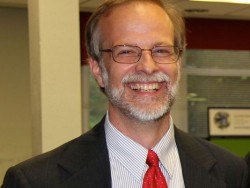 Our average electricity bill has been $3.24 so far this year. We don’t expect to pay more than $30 per year for electricity for the rest of our lives. This is because we get most of our energy from the sun. My wife and I installed solar panels on our house in 2007. We were one of the first LG&E customers to do so. It saves us a lot of money, but that’s not why we did it.

More than 90 percent of our electricity comes from coal here in Kentucky. Coal is the dirtiest of the fossil fuels. It used to be Kentucky’s “ace in the hole,” but not anymore. As a society, we are starting to realize that our future energy lies in cleaner sources of energy — sources that won’t run out and will not contribute to the climate disruption we are experiencing.

One of those sources is solar. Before even looking at solar, we looked at efficiency and conservation. In Kentucky, we are some of the biggest wasters of electricity because we have some of the lowest rates. My wife and I were able to reduce our energy demand by 70 percent by changing our lights, using EnergyStar appliances, hang-drying our clothes and cutting back on our air conditioning. This allowed us to convert to solar without breaking us financially.

The solar array we bought would cost about $7,000 today. That sounds like a lot, but after the 30 percent federal tax credit and the $500 credit from the state, it’s not all that much — especially when you consider how much your bills will go down.

Think of it as buying 50-plus years worth of electricity in advance. The cost of coal is rising and electricity rates are following. Once you’ve gone solar, you don’t have to worry about rates going up. The cost of buying and installing solar is dropping, too.

Once we converted to solar at home, we helped get solar panels at our church. For people who can’t afford the cost at home, it makes sense to pool your money and put solar on your house of worship. Congregations across the nation are installing solar and helping the costs go down. There are three churches with solar panels in Louisville and four more currently planning for them. People of faith understand the moral importance of moving away from an energy source that is the cause of serious health problems like asthma, other respiratory problems, and heart disease. Getting solar panels on our church inspired six other families in the parish to go that route.

There are many here in Kentucky who are against this movement toward a new energy paradigm. They worry about the loss of coal jobs. They claim that Kentucky doesn’t get enough sunlight. They claim that solar is unreliable as a source because it is only produced when the sun shines.

These claims are unfounded.

We are already losing coal jobs, have been for years — and it has nothing to do with solar. We can replace those jobs with good-paying jobs making and installing solar in Kentucky. Many other states have passed laws to encourage that, and we cannot compete with them without similar legislation. Kentucky gets more sunlight than Germany and they are the leaders in Europe in solar energy. Solar constitutes less than 1 percent of our current energy portfolio. There are technologies that can affordably store energy for use at night that we can implement well before we get to that point.

You can tour homes and businesses that have solar on the 2104 Louisville Solar Tour and talk to the owners and installers.

Through the years, the number of sites with solar has exploded as individuals, businesses, and communities add panels to their buildings. This year’s tour has about three dozen sites and will be held on Saturday, Oct. 11. You can find out more at http://www.kentuckyipl.org/2014-louisville-solar-tour/.

*This article was originally published by the Courier-Journal on October 8, 2014.

2014 Festival of Faiths presenter, Tim Darst, is the executive director of Kentucky Interfaith Power & Light, a not-for-profit organization that works with houses of worship on conservation, efficiency and alternative energy as a way to reduce the effects of global warming.