Nurturing the Spiritual & Physical – Centered Self

During a recent trip to Kentucky’s Red River Gorge State Park, I encountered a tree that I can only describe as a close friend. The affection was definite, but I didn’t know what to say until we began to converse in the peculiar language of being, that is, our common being in the presence of each other in the same place and time. Having enjoyed and suffered the same cycles of growth and impermanence, we found a great deal to share.

This particular friend was a red oak growing on the southeastern slope of a rugged hill. Its leaves covered the forest floor dried to a brown crisp. Briars surrounded the tree and its neighboring pines and oaks, but there were no wildflowers, grasses, or mosses in sight. The main growth was many feet above my head, which left an open strata between the highest shrubs and lowest branches. The trunks rose like pillars holding up the forest canopy. This oak tree looked about seventy years old and was the straightest tree I had ever seen. It was a perfect column for forty feet, slowly narrowing until the branches suddenly burst out at bizarre angles and curves competing with its neighbors for sunlight.

We sat together for a while, and slowly the meaning of our conversation came to me. The tree explained how your trunk must be straight, though your branches will extend in every odd direction. “Always be mindful of your axis,” it said, “and let all your adventures and endeavors proceed from that center. Your true self extends vertically from earth to heaven; your movement in this world, however, will draw you horizontally to gather what needs to be gathered. Your branches will grow, come to fruition, and then fall away leaving a little knot on the bare trunk that has grown taller and straighter to put forth new branches a little closer to the sky. Friendships, hobbies, occupations, and journeys will begin and end, making room for new ones. Your center must always be the same: oriented to the above. These branches will take energy to develop and give energy in time, but they will come and go as your environment continually changes.”

I have encountered many trees and have grown close to several. Every tree had its unique wisdom. Being so old and having experienced the seasons and years, trees develop a character similar to human personalities. Eighty years of a tree’s growth and eighty years of a man’s movement in this world can produce a depth and ripeness of expression. As I gazed far into the canopy and deep into the rolling valleys of the forest, I caught sight of this expression, and felt as if I was encountering wisdom close to its source.

The principles of growth are universal, and every being is seeking its true form. A tree is the symbol of the axis that connects the earth with the sky. So too the human being is an axis that connects the seen with the unseen. Although living in this world will require compromise and change we can always be aware of our axis, from which everything extends. 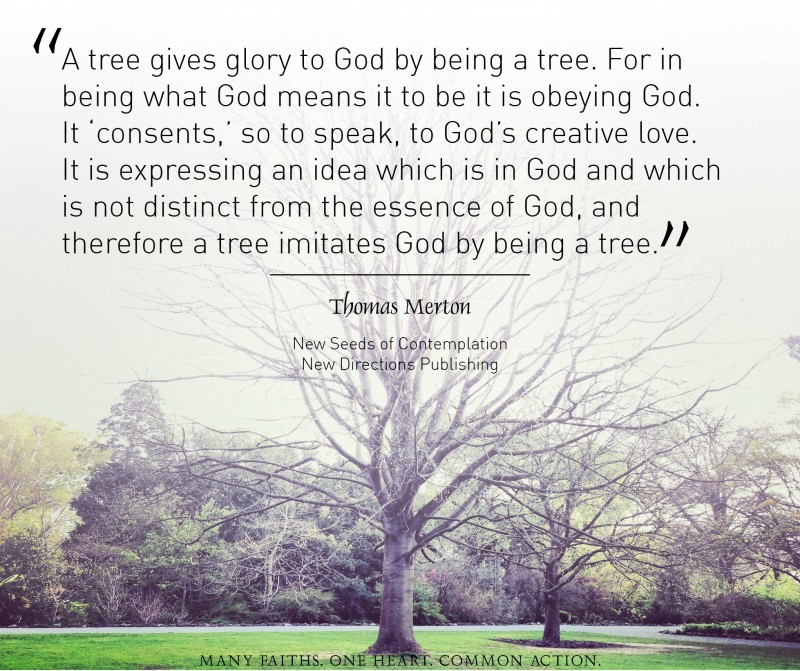 Whether through study, travel, or spiritual practice, Chris is always open to new experiences. He found two passions for work as a graduate in Mechanical Engineering and Medieval Studies from Purdue University.